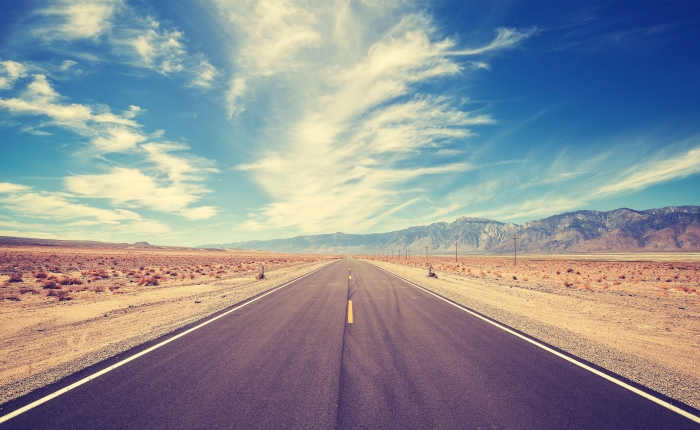 The Mule is a 2018 film directed, produced and starring the 88 year old Clint Eastwood. He plays an older man called Earl Stone, a horticulturist who specialises in Lily cultivars. I couldn’t help but think of my Dad, of similar age, healthy and energetic and life-long horticulturist.

But there, fortunately (!), the similarities end. Earl has a problematic relationship with his family – he’s focussed only on the Lilies and related events – and sacrifices family and family events for his passion.

Earl becomes, unwittingly a mule, running cocaine across country for a Mexican Drug cartel. Any more information and I’ll have to put a spoiler alert out, but it’s beautifully filmed, and very tense. 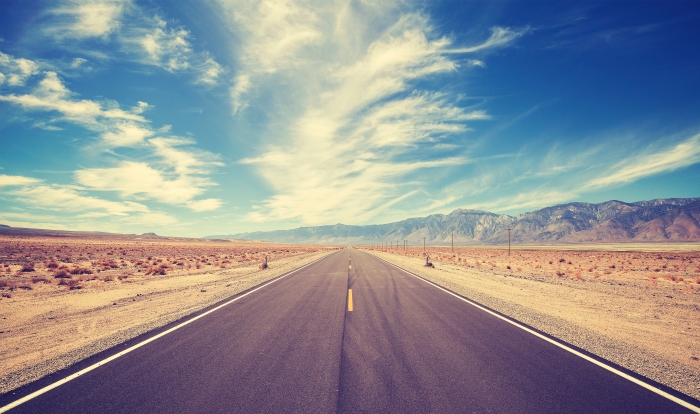 He’s a man without the filters of needing to prove anything which is why he’s such a successful mule.

In the end, the film is about family, time and paying attention to the relationships that matter to you. You can buy anything almost, but not time.

I wonder if the film is intended to be cathartic for Eastwood – he reportedly has eight children from several relationships – and one of his daughters plays his on-screen daughter.

A gripping, at times funny, film with a strong message and a typical Eastwood ending that isn’t feel good but kind of is.

*Time with those that matter.

It might run contrary to Maslow’s hierarchy of needs, but I do increasingly think that only a couple of things matter – health and family – however defined by you, come to mind.

I haven’t blogged much lately because of other priorities. I’ve been walking most mornings and evening for exercise. I blogged about one walk recently through Cornwall Park.

The benefits of walking are well known and it’s helped me in many way:  working more effectively, thinking time, physical health and clothes fitting better!

Add good relationships with those that mean something to you – feels healthy and contented.

I might be overlooking Maslow in this simplistic interpretation of what’s important, which starts with physical needs (health, food) and safety, followed by belonging, esteem and self-actualisation.

My two “what matters” aren’t that high up the Hierarchy – in fact, health is a the bottom. It could be that I’ve got a fair way up Maslow’s needs and I’m heading down again.

When Mum and Dad were married, the end of WWII was just seven years earlier. That’s like it had ended at the end of 2011, looking back from now. Or, if we look at the Armistice for WWI, the 100th year of which we commemorated yesterday, that was thirty-four years prior, say 1984 from today’s lens.

Photographs from that era were all black and white and the first one included in this blog is the “meet the parents” trip taken outside 125 Queen Street, Auckland.  Until recently this was the Bank of New Zealand building, the bank that Mum and Dad have been with for all that time! (although I’m pretty sure Mum has some funds hidden away elsewhere).  The photograph was taken by a street photographer and collected from the store an hour or so later on payment of a small fee. 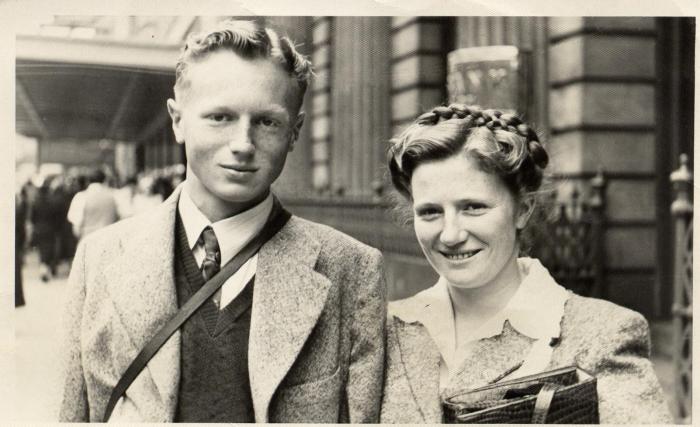 It’s tempting to look at a long marriage as a specific time period and consider it a great achievement (which it is), or a good effort (perhaps like a prison sentence – “hey it’s more than David Bain did and he was innocent!”), or assume what is there today is what was there all along.

Here’s the wedding day  – them on the right with one of Dad’s brothers as best man with the bridesmaid.

Unlike the photographs it’s not all black and white. Mum and Dad are quite colourful actually – check out the recent photograph below. They’re parents, grandparents, great grandparents, brother and sister, uncle, aunty, cousin and friends to many.

So on this day it’s a celebration of a couple who have lived together as an example of love, persistence, humour, faith and actually, the most important thing of all: just doing good. Some of that even washed onto me!

It was 5.02am this morning and my new Blackberry (which I didn’t even know was on or off such is my knowledge of it so far) buzzed and woke me.   It took three goes for me to plug in my PIN number but when it did the text from Mum in Christchurch sent a shiver up my spine “Terrible Earth Quake”. It was one of those moments that I shall never forget. Or the next 15 minute frantically trying to contact them and finding a headline on stuff.co.nz that read in huge lettering that a 7.4 quake had hit Christchurch.

Were they trapped under a pile of rubble and one got text out? Were they struggling to find their way around? Clearly they were scared.

I felt devastated with concern and became upset. It made me realise how much my folks mean to me and them being vulnerable with the force of the earth against them was very difficult.

Thankfully we made contact and it was obvious that they were scared. Dad said it was like a bad dream that he hoped to wake from. Like most folk they had no power, books were thrown from shelves and crockery and ornaments smashed.

We’re little beings in a universe that is never static. Planet earth is relatively calm, although today’s events make you wonder, but that’s because we are so small and temporaty. The universe might be mighty and completely beyond our command, but we have emotional connections with loved ones that gives us meaning.

When the core of that meaning was put at risk for me, I felt an immediate and deep sense of empathy. It was me. In this moment did I felt the depth of meaning in this relationship.

They are safe, but they’ve had a frightening experience.

I’ve always known what matters. Today I felt it.