I’ve been grappling a bit over the last couple of years with resilience – the concepts more than the actual thing (I think!). People talk of building it up, focussing on your wellbeing to make sure you are resilient, especially during this Covid era when uncertainty about work, health, travel, whanau is ever present. It’ll be coming up four years soon since I saw my eldest son, now settled in Ireland with children of his own, one I’ve not seen in person. There are thousands of similar, and far more challenging situations for many Kiwis. I’m thinking especially those who have lost their employment or had their earnings restricted from business, or who haven’t been able to say farewell to loved ones who have died. It’s tough. And resilience is needed.

I was out at my little piece of paradise this long Waitangi weekend, doing some cleaning up, after a big clean up – moving bits of old metal, some electric power line fittings – trees in pots that had fallen over and so on. I’ve been very cautious – one of my legs is not what it used to be and I’ve been looking after my resilience by protecting it, having others to do the hard graft, leaving me for such strenuous activities as watering and fetching cold drinks from the fridge in the container (should you leave it on? – I hope it’s alright!).

Something switched – maybe I suddenly reached a tipping point and got tougher, but I grabbed all the old metal, electrical fittings and some bits of timber and lugged them up the hill to the bin. Cripes it felt good. Then I did it again. Then I moved the plants back upright. Then I attacked the door to the bore shed that’s been jamming – fixed that.

I’m certain it wasn’t all in my head, I have been weaker, but it had got in my head and now it’s out and I’m free and strong to do what I can. Well that’s what it feels like – probably won’t make the Olympic team quite yet, but you get the drift!

In The Mental Toughness Handbook by Damon Zahariades he separates resilience from mental toughness. He says Resilience:

“is the ability to bounce back from unforeseen complications. It’s the ability to adapt. For example, suppose you leave your home at a normal time en route to your workplace. Unfortunately, you run into expectedly heavy traffic on the freeway. This setback is sure to make you late for a meeting scheduled that morning.
A resilient person might grit his teeth and curse under his breath, but he’d ultimately adapt to this circumstance. He might seek a different route to his workplace, using his phone’s GPS feature. Or he may call his office and reschedule the meeting. Or he might compose an explanation for his tardiness that allows him to avoid others’ disapproval.

Mental toughness is a mindset. It not only reflects our ability to bounce back from unforeseen complications, but also demonstrates a positive outlook during the experience. It’s not just the ability to handle stressful situations. It reflects how we handle them. For example, a mentally tough person caught in unexpectedly heavy traffic might take the opportunity to listen to an inspiring audiobook. In fact, she might be pleased with her circumstance because it gives her the opportunity.”

Obviously there’s more to it in the book than I can relay here, but think about the times when things go wrong – do you see it as an opportunity? Or do you try and make sure the tracks are covered?

I’m not advocating pulling yourself up by the bootstrings necessarily but there is something to be said for thinking of the opportunity. But it’s tough. Mentally tough, but it might just be in your head as to which way you choose.

Who would have thought that almost the entire New Zealand inside is painted the same colour – more or less? Or that it took only 2 days and everyone started wearing Saturday morning sloth clothes?

I started the day on a video call – Hangout as Google calls it – with Ireland, and then it never really stopped until about 7.15pm. You see lots of the inside.

Working days at home on constant calls I’ve found really quite tiring, so I was tempted to break the walking chain. Of course not! But it was only 3 km and now I’m watching Unorthodox.

It’s the story of a young woman who escapes from her Hasidic Jewish Brooklyn community and goes to Berlin.  She’s taken in by a group of musicians. It flashes backwards and forwards from her old life to her new one: charming, funny and poignant all at the same time. It’s only four episodes so it’s a pleasant change from ten episodes in Sweden about a series of murders orchestrated by those high up in society! 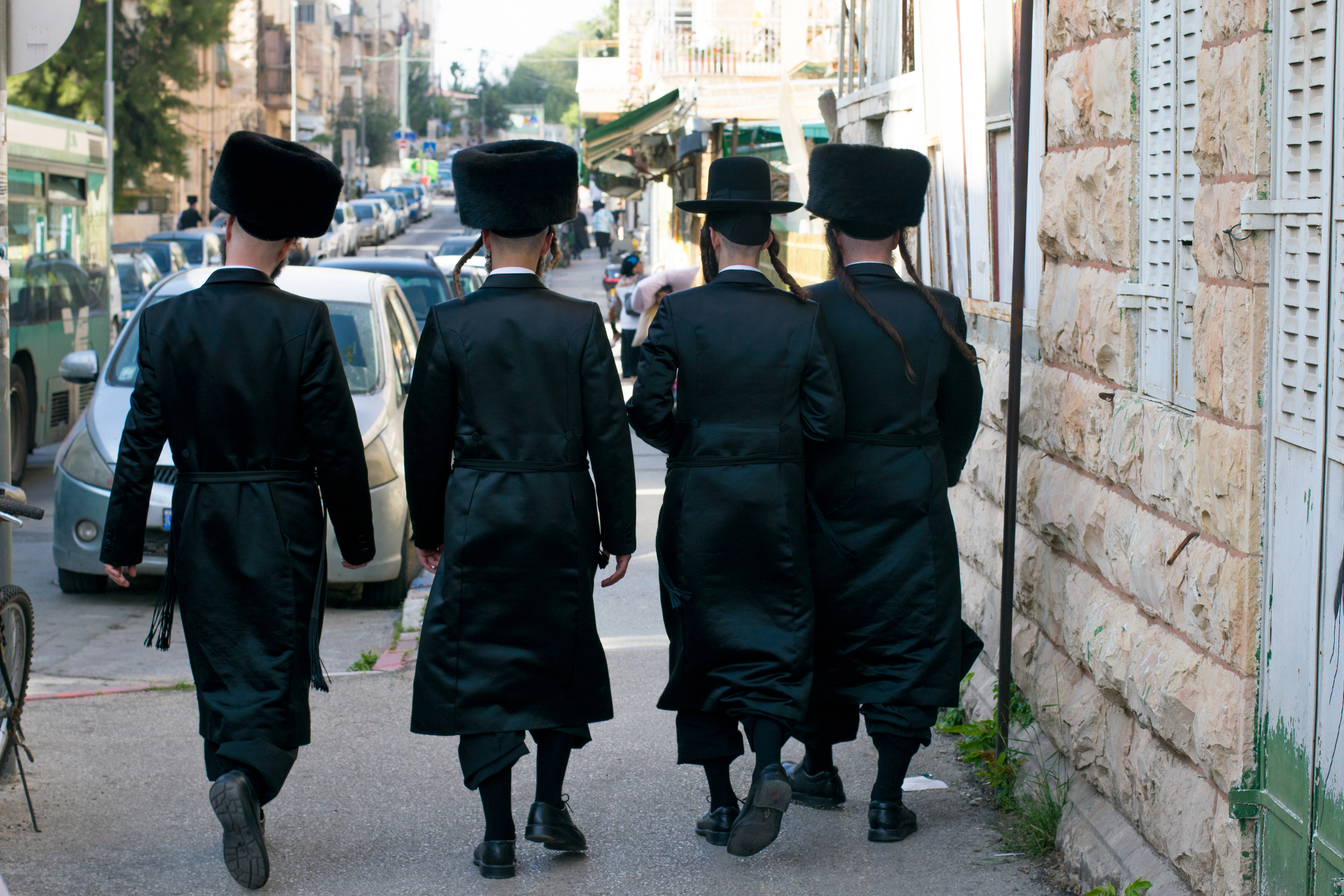 We’re all living out of our normal environment right now. When you’re outside your norm you can learn unexpected things about yourself. I haven’t minded at all the  non-contact. I’ve enjoyed the meetings that start promptly on time. Everyone gets heard. I’ve lived in a more structured manner, and enjoyed it. I work less in the evenings and weekends than I ever have. I walk a lot. I eat better. It’s okay, but the economy can’t survive this indefinitely, or much more at all.

The finance minister said today at the 1pm briefing that the government had paid $9.8b in wage subsidies. We can’t run an economy for much longer by borrowing. So let’s hope the projections of the 2 weeks in Level 3 then down to the working level – level 2 – turn out to be true. By the way, why is the 1pm broadcast orchestrated like a piece of propaganda? The flashing banners to dob in companies about prices, the STAY HOME! warnings, the repeat instructions telling us what to do and not do. That might be newsworthy but it shouldn’t be pumped out as instructions. That’s not the media’s job. But I forgot, we’re in a national state of emergency. Is it supposed to feel like this?

So whatever the level, I think us knowledge workers will still be working from home for some time yet.

It won’t be so bad, in fact the new environment is an ongoing opportunity for personal growth for all of us.

Have a great weekend. I’m thinking about a COVID-19km walk.

In The Student and Mister Henri a grumpy old man Henri lets out a bedroom in his Paris home to a young student Constance, who has come to study in the city.

Henri is the most inhospitable host, full of scorn and cynicism for his family, and Constance. But Henri’s wisdom emerges as he reveals his life’s regrets. Not following goals, not embracing family.

Success is not immediate for Constance.  In fact she fails at her chosen subject. Ready to give it all up and return to the country, Henri digs deep and urges Constance to “do what you want when you’re young“.  You only live once he reminds Constance.

Thanks to Henri, Constance sets off on a new path following her passion, headed for success.

I had some professional success this week. Its an achievement I’ve worked for by following a path.  And I’m happy to be the student, learning the ropes again.

You might only have one life, but you can be a student many times.

As I recall Victor was a tall and athletic boy. Like me, he lived in Linwood Ave, just up the road and we were friends from school. Unlike me he was fine rugby player. Visiting the Harris’ house after school to play was a treat – there were different toys and things to do and Mrs Harris was always pleased to see me.

In 1976 Victor started at Linwood High School along with my other good friend Nigel while I went to Shirley Boys’. On a Saturday in early March Nigel, Victor, Victor’s father and some others were up near Hanmer along the Hurunui River when a rock or similar came down and struck Victor on the head and he fell into the river.

He died at the scene.

It would have been Victor’s birthday last weekend and despite the 40 years past I still remember him on his birthday.

Life is short, but Victor’s was way too short. I remember the funeral – sitting near the back at the chapel in the Crematorium at Bromley in Linwood Ave. It seemed surreal. I was probably too young to fully understand.

I also remember visiting Mrs Harris with Mum. She seemed amazingly composed and at peace. Nigel is still in touch with the Harris’ and he tells me they are at peace about Victor.

Never underestimate the power of reflection. It’s taken me 40 years, but I’m pleased to have said something about Victor. A great friend and never forgotten.