We went to a friend’s mum’s funeral this week. We shared some of the pain of the illness over the last year and learned how close mother and daughter were. At the funeral our friend spoke of the special relationship between her and her mother: how there was never a harsh word, they were best friends and Mum was always there for her, whenever.

I know people who, after their parents have died, talk of the things that they wanted to say. 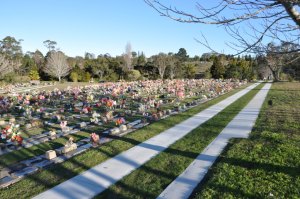 for the important conversations I was thinking. In fact I don’t mind saying I haven’t waited, but I count myself fortunate to have the tools and parents who engage. Doesn’t mean we agree on everything but we understand and respect. And feel we can talk about whatever we need to talk about.

And our friend clearly had the relationship with her mother that allowed that to occur.

No use waiting until you’re at the funeral home, either in the box or in the pews. Say it now. It’s never too late and you’ll probably have lots of good things to say.