The world marked the 75th anniversary of the liberation of Auschwitz last week on 27 January 2020  – which is International Holocaust Remembrance Day – with the main memorial at the Auschwitz-Birkenau Memorial and Museum in Poland. There’s unlikely to be anyone still alive to be brought to justice, but we mustn’t ever forget and stop learning from these tragic events and the evil that caused them.

The Netflix series The Devil Next Door, is the story of  John Demjanjuk, a Ukrainian-born Grandfather and retired automobile employee living in Cleveland, USA, extradited in 1981 to Israel to stand trial on charges relating to his alleged time as a Nazi death camp guard. He is accused of being “Ivan the Terrible”.

Various witnesses identified Demjanjuk as Ivan the Terrible from the death camps. Watching the trial I had a sense that the evidence didn’t really stack up. In fact, it looked like there had been fabrication of some vital evidence –  a photograph on a military record appeared to have been replaced with another – and there was other evidence that appeared, forensically, dubious.

He was convicted but later the conviction was overturned on appeal on the basis that there was reasonable evidence that another person was Ivan the Terrible.  Demjanjuk returned to the USA, but investigations continued and and he was later extradited to Germany to stand trial on being an accessory to the murder of almost 28,000 Jewish people at Sobibor extermination camp. He was convicted and died while waiting the outcome of an appeal in 2012, aged 91.

Recently, photographs have emerged which appear to confirm that Demjanjuk was indeed a guard at Sobibor. Demjanjuk’s son denies the evidence, but the German police have used biometrics to confirm the identity.

I don’t know the intricate details of all the evidence, but on the face of it, it looked like evidence was fabricated, or at best confused, at the original trial. The prosecutor and witnesses were adamant and, unsurprisingly emotional in their certainty that they had the right man. But they were probably wrong. Not wrong that he was a guard at a death camp, just not the one that they said he was.

To those charged with investigations, the idea of fabricating evidence should be an anathema. There’s untold stories of fabricated evidence around the world, to dishonestly secure convictions. We’re not immune to it in New Zealand.  So what drives those charged with getting to the truth of a matter to make it up? Some investigators are over zealous and forget their purpose is to obtain and present fact “I know they did it and this will help to prove it” or “He’s a bad bugger anyway, it’s about time we got him for something“. Utterly unacceptable of course.

But there are shades of grey too, in investigating. In my forensic work we come up against it quite a lot. Statements that are correct, but not complete: “Files were uploaded to the google drive the day before she finished up her employment“. But wait, they were personal files. That’s a different perspective. Or “No authority was obtained for the expenditure“, whilst leaving out that no such authority was required.

We’re frequently challenging, and reminding ourselves that’s it’s not just the truth of the matter, but the full truth that’s really important. A lot can depend on it.

Of course, we’re not investigating crimes against humanity or murder, but the principles are just the same. No shade of fabrication is acceptable, or in the end likely to even be helpful. I suspect a lot of pain could have been avoided if those investigating Demjanjuk in the 1970s and 80s had been a bit less zealous, and a lot more impartial. 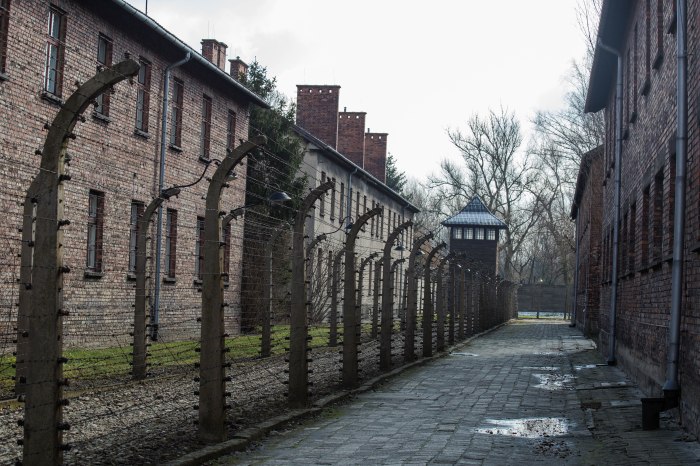 Under German law, having died before his appeal was determined, Demjanjuk is not considered to have been convicted of the crimes he was accused of.

Stephen Drain Hi everyone, I am a Partner in PwC in Auckland New Zealand. I lead PwC Forensics Services and PwC Leadership Development Services. I am the People & Culture Partner for PwC Consulting in NZ. My particular area of focus in leadership is Authenticity.
Published February 4, 2020