I was recently honoured to be asked to read at a funeral. The death was an untimely tragedy. The reading selected by the family was an adaptation from Plato and I thought I would share it here.  Thanks for reading. 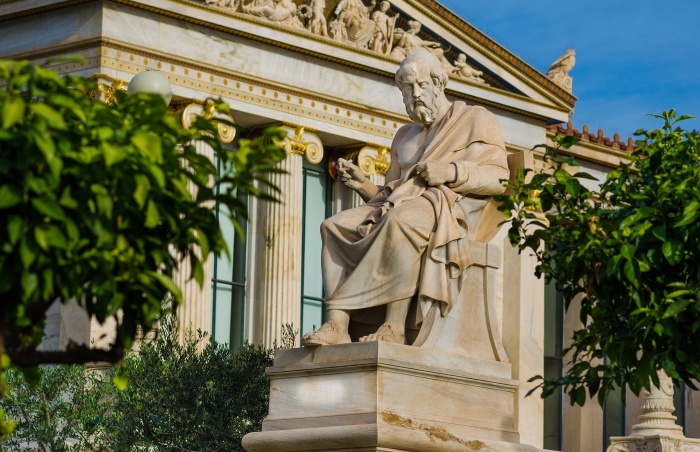 Let us reflect in another way, and we shall see that there is great reason to hope that death is a good, for one of two things: – either death is a state of nothingness and utter unconsciousness, or, as men say, there is a change and migration of the soul from this world to another.

Now if you suppose that there is no consciousness, but a sleep like the sleep of him who is undisturbed even by the sight of dreams, death will be an unspeakable gain.

For if a person were to select the night in which his sleep was undisturbed even by dreams; and were to compare with this the other days and nights of his life; and then were to tell us how many days and nights he had passed in the course of his life better and more pleasantly than this one, I think that any man, I will not say (just) a private man, but even the great king, will not find many such days or nights, when compared with the others.

Now if death is like this, I say that to die is gain; for eternity is then only a single night.

But if death is the journey to another place, and there, as men say, all the dead are, what good, O my friends can be greater than this? If indeed when the pilgrim arrives, he is delivered to this (new) world, and finds this true. Above all, I shall be able to continue my search into true and false knowledge; as in this world, so also in that: I shall find out who is wise, and who pretends to be wise, and is not. What would not a man give to be able to examine the leaders and numberless others, men and women too! What infinite delight would there be in conversing with them and asking them questions! For besides being happier in that world than in this, they will be immortal, if what is said is true.

Wherefore, be of good cheer about death, and know this of a truth – that no evil can happen to a good man (or woman), either in life or after death. He and his are not neglected by the gods.  But I see clearly that to die and be released was better for me.