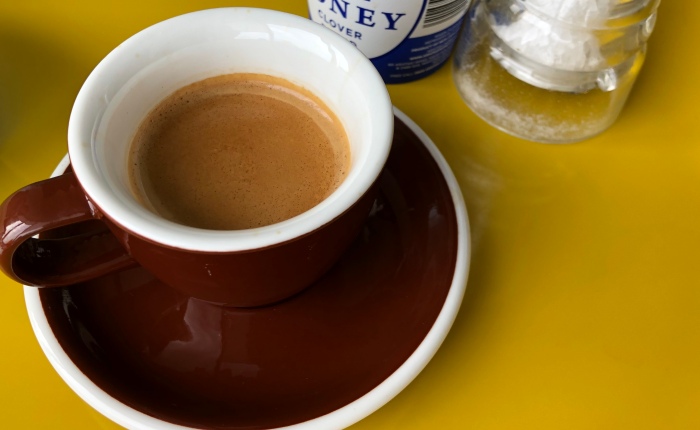 I’ve had two now. Both involved long (40 then 20 minutes) waits in the cold for a zap of espresso. Was it worth it? Hardly. It turns out the cheap pod coffee maker at home is just fine, maybe not quite as good, but overall, sadly for NZ Inc, the more pleasant pathway.

Instant reflection on that thought: self absorbed first world boomer problem! It’s raining today in Auckland – quite consistently – so there’s a warm cozy feeling in the apartment with E Kore Rawa E Wehe – Never be Apart – by TEEKS playing on the Hifi.

One of my neighbours escaped Russian aggression with his family as a young boy, fleeing into Nazi occupied Austria and eventually, by chance of where the ship went, to New Zealand. He proudly displays the crest of his country of birth on his motor vehicle. About a year ago his wife moved to hospital care in a rest home and his routine is sitting with her and having lunch each day.  He hasn’t seen her for six weeks. Even under a lockdown regime that isolated only those predominantly impacted by the ‘rona, he would probably not have got to see her. Whenever I see his car – it’s never moved – I wonder how he’s doing. It must be hard and I imagine him drawing on his early life challenges to put this into perspective.

The Worldometer continues to fascinate me, not just for the COVID-19 statistics, but the wealth of other information on other matters in real time – how long until oil runs out (43 years – don’t rush for the E-car quite yet, maybe, although there are other reasons),  World’s population (7,781,858,953 but it grows so quickly that this tally was there for less than a second),  deaths this year (almost 20m), today’s net population growth (145,000!), undernourished people in the world (852m), and deaths of children under 5 this year (2.5m). At least none of the under 5 deaths are from COVID-19, or under 10 for that matter. The statistics on COVID-19 continue to show that by far those most at risk are those over 65 with underlying conditions (which I think probably includes many elderly) and others with underlying conditions. Men continue to have about double the chance of dying from COVID-19 as women. I haven’t seen scientific basis for that, but you’d have to assume one will come.

Having a bit of time to catch up on news over the weekend showed the economic challenges are front of mind, with the health choices we’ve made as a country a close second. Those that consider that the elimination at all and any cost was the way to go, will always see it that way I reckon. A close consideration of risk likelihood and impact is still needed to see whether that is correct. Embedded in that analysis are ethical choices that have been made.

I do not doubt for one second that the approach has saved certain people from death this year.

Is a blanket “stop the ‘rona at any cost” ethical? Sounds it, but it’s not all about creating winners. I blogged about this in more detail on Day 12.  That approach does not consider fully the risk’s impact – who actually has been at risk – and the unintended health (and economic) consequences that flowed. The sick people who couldn’t get treatment during the lockdown. I won’t add my iliotibial band in there, but there are many thousands who had treatments cancelled and delayed. This has to have made a real impact on the lives of those people. It was an ethical call, preferring those most at risk from one illness to other sick people at known risk of damaging their health. And I don’t think we should shy away from a conversation about that.

And for all the country has achieved, don’t delude yourself we’re an outlier in achieving the low spread and deaths: Australia’s death rate per population is (slightly) lower than ours and there’s a total of 120 countries or territories with the same or lower death rate than us. Maybe that will change when the ‘rona spreads, but it may not. Afterall, it’s hardly spread here at all and there’s no saying it’s going to take off in Africa to the same degree as it has in the US, UK, Spain, France and Italy, where 60% of all deaths are.

Maybe it’s a good learning opportunity for the country. We all want the world to reflect our own version of Nirvana. We want more land for housing – but it costs rural production and adds to environmental damage; we want first class public transport – but someone has to pay; we want an easy drive across the city – but roads create cars (sort of), and so on.  Stopping COVID-19 in the manner we have done has a price, that we’re only just starting to see. 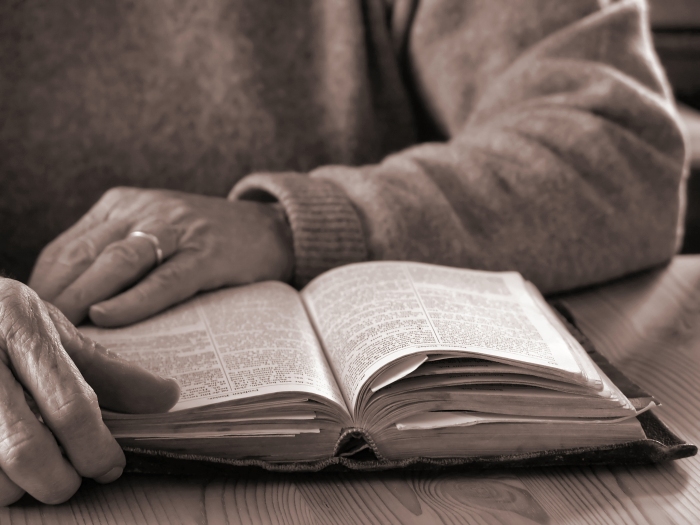 I remember my Grandma in 1990 the last time I saw her, at the South Auckland Hospice. She didn’t see me. She sat, head slumped, every breath was a rasp.  A few short months prior she had decided that there was to be no treatment of her cancer – she had seen almost all her siblings treated and then die – and declared that the Lord had given her “3 score years and 10” (70), plus another 14, and that was that. I’m not sure I could have that attitude, but that message shaped my thinking I think.

Feels heavy on a gloomy Sunday! And I quoted the Bible, on a Sunday.  I haven’t completed my thinking here, but I’ve well exceeded the desirable blog word limit, so thanks for making it this far!

And despite declaring I had no opinion on the End of Life referendum on Day 11, I now have.  That feels useful and I’ll take that as a win for deep work.

Time for a home espresso.

Settling in was the feeling today. We’ve had two weekends and it’s the third working week we’re in. After my walk this evening I felt quite tired again, not sure why. Have I got Daylight Savings around the wrong way somehow!?

I suspect it’s running on adrenaline for too long, but it could also be all the walking – don’t tell anyone but I have got quite a lot of exercise done – or should I say more regular exercise during the lockdown. Even lost some weight!

Over the weekend I noticed lots of walkers, runners and cyclists out and about, enjoying the great weather in Auckland and getting their essential Lockdown exercise. Walking past the Olympic Pool in Newmarket a bus pulled up and the driver exited. I joked that it was a busy day on the bus today. “No one at all” he said. I commented that you can only get in the back door, and so I assume you can only use your Auckland Transport Hop Card. He told me there were three ways of travelling: If you’re an essential worker, it’s no charge, if you have a Hop Card, you swipe it, and if you haven’t got a Hop Card, you “just take a ride for free“.  Weird times we live in. Even weirder than the payment options, is where do you go, and when you get there what do you do?

Which is more or less what we’ll be asking in 16 days and a bit. We were told it was a minimum of 4 weeks and I’m picking it’s unlikely we’ll be free earlier, until all likelihood of risk is eliminated.

When we assess risks in almost any field that I am aware of we assess Likelihood of the event occurring and the Impact of the event (virus in this case) should it occur. So in assessing the risks of COVID-19 it is firstly necessary to assess the likelihood of the virus spreading.  So if nothing is done to mitigate the virus there is probably a strong likelihood that it will enter the community, obviously really.

One would then look a the actual impact. There seems little doubt that there is harm from the virus. In studies I have read, acknowledging that there’s still lots of research to be done, some general themes appear:

What we’re hearing a lot more of now is the economic impact of the Lockdown which, on the face of it, has tackled the risk by ensuring that virtually none of the impacts – barring a very small number of exceptions – have come to fruition. And this is where it gets really complicated.

Early information released was that there was the likelihood of 80,000 deaths in New Zealand alone, then it was adjusted to 14,000, then back up to 20,000+.  I doubt that many people think now (or even then) that those figures were even remotely possible, given the relatively small global death rate – I say small because it’s never going to get anywhere near the 1.8m people that died from the Spanish Flu in 1918, and might be within the ballpark of the 150,000 who die each year globally from influenza.

Taking an approach that has virtually eliminated all harm in New Zealand is attractive, but all risk decisions have winners and losers.  In this decision there are a probably relatively small number of winners (we may never know) and many losers, in economic and social terms.

Leaders make decisions on risk daily. No decision is perfect and leaders know that you can’t eliminate risk completely – be that regulatory, economic, timeframes, Cyber protection, or the myriad of other things that need to be assessed for risk. But there will always be risks that leaders determine the impact of is just too great to bear, and will take maximum steps, at the cost of other activities, to eliminate that risk. Physical workforce safety is one of those things.

Whether the virtually complete elimination of the impact of the COVID-19 was the right thing to do is a judgment call made by the Country’s political leaders. We won’t know whether the consensus that this was right or wrong until much later, when the economic and social impacts – the new harm caused to eliminate the virus harm – are properly known.

But I do feel more relaxed about it all having lightly analysed a decision making process!

And that could well be my longest blog – way too long – sorry about that!